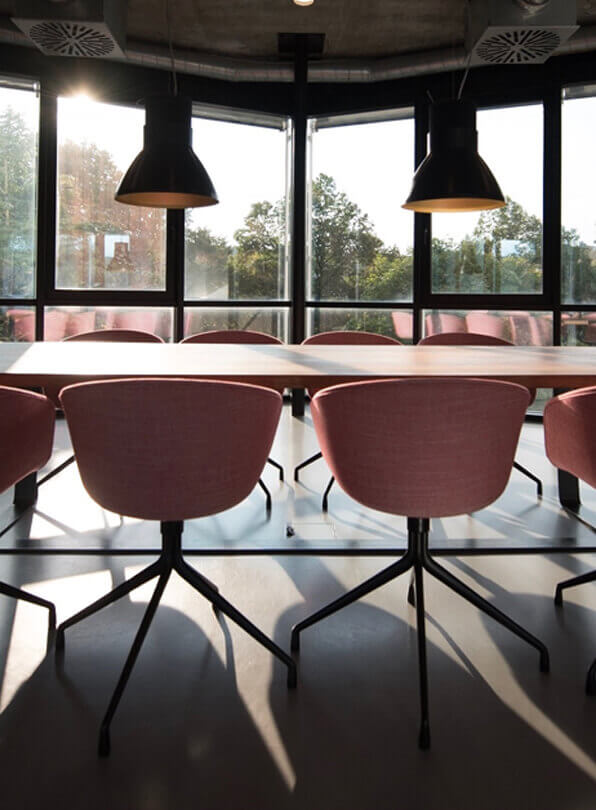 Executive Meetings Need Help. Here’s Why and How.

Maybe you hope that innovative ideas will be developed instead of halted, or that out of a strong sense of connection your team will generate clarity on a direction that excites and inspires? Unfortunately, this experience seems altogether too rare for most executive teams. Instead, executive meetings are often experienced as failing to deliver.

We have heard various meeting descriptions from our own clients, including:

Apart from these meetings sometimes being uncomfortable to attend, the implications of our everyday meetings being experienced in this way are as wide as they are deep. Perhaps the most important of these is that they fail to be a vehicle for collective leadership of the executive team. Rather, they become a place where smart people come together and become a little stupid.

After 20 years of consulting, and completing a Doctorate on the topic, I see two broad problems at work in these meetings, and in practice, these problems often overlap.

Problem #1: Structural Problems, or “Why can’t you see what I’m saying is important?”

Structural problems are the most obvious when executive teams really DO want to address important issues, but end in loggerheads with each other, unable to find “agreement” and unable to progress to the next steps. Discussions become a battle for the best approach rather than a place where workable and effective approaches are created together. You might think these are personality issues, or communication skill problems, but our research suggests that often something else entirely is at play.

How do these structural issues happen?

Partly because executive teams simply don’t know how to structure their conversations to enable decisions to be made together. In the absence of clarifying, sequencing, then posing the questions the team will need to address in order to reach the needed final decision, executives simply speak in response to the unspoken questions in their own head, with those questions likely to be different to the questions in their colleagues’ head.

For example, when the meeting chair, or boss, says something like “Our first agenda item is about the problem we have with our lead generation”, the responses are likely to vary greatly.

Some executives will hear inside their head the question “What should we do now about that?”,

others will hear “What is the underlying problem to this issue?”, while a minority of others might even hear “What evidence do we have that tells us we actually have a problem in that area?”

So when the boss has finished stating the topic for the agenda item, each executive will simply respond with answers to the question they hear inside their own head. The result is that executives talk in “parallel” to each other, not really hearing each other, but rather growing more frustrated with each other as the immediate relevance of their contributions are not acknowledged.

What is needed now?

In the literally hundreds of articles written on how to have better meetings, this problem is undiscussed.

Executives and middle managers are dutifully “setting up the agenda before the meeting” only to find that doing so does not solve the issue of unproductive participant discussion on all but the simplest of topics.

To overcome this problem, executive teams must:

Good collective decision making conversations benefit from a little planning, a little structuring. It is simply not enough to put a “topic” on the agenda and hope for the best. Even highly performing teams benefit ENORMOUSLY from structuring the conversation they need to have in relation to the agenda topic.

In my experience however, most executive teams are unaware that a lack of structure is a cause of their ineffective meetings. They know that what they are doing often doesn’t deliver what they want, but don’t know that collective decision making is asking a great deal of any group, and those conversations benefit enormously from some structure. Stay tuned for our next blog to explain exactly how to provide this structure.

Problem #2: Social Problems, or “Let’s not talk about that…and let’s not discuss that we are avoiding it.”

But structural problems are not the only reason why executive meetings so often fail to be the forums they so badly need. The second problem is where significant organisation issues are not addressed because they are routinely dodged!

This happens in two broad ways.

First, because the atmosphere of the team or meeting works to make a particular discussion vaguely threatening or out of bounds to all, or most of the team members.

Second, because a particular topic is deemed unworthy of discussion by the CEO (or the meeting attendant with the most rank), and sidelined, and the atmosphere of the meeting, or the nature of their relationship with the CEO, works against executive team members calling out the CEO on his or her decision to bypass the issue. I call these “social” issues.

How do these social issues happen?

When executives have a vague sense of discomfort or threat in relation to a particular topic or problem, they predictably tend to avoid the topic. But, the big problem is that their collective avoidance is not discussed, and consequently, the potentially threatening topic remains sealed off from the attention of the executives.

Managing this challenge goes to the heart of Collective Leadership. Collective Leadership is demonstrated when executive members exercise power with each other to deeply interrogate important but potentially threatening organisational issues, and bravely lean into the discomfort, or anxiety that doing so presents.

In the absence of this leadership, executive team members engage in habituated reactions to the prospect of stress or discomfort and bypass the tough conversations their organisations require of them. The consequences of that avoidance are as wide as they are deep. Our research suggests that in many cases the avoided topic is critical to organisational strategy, or critical to some important operational concern. It’s because it is important that it is avoided.

And the role of CEO in this dynamic?

The CEO can actively focus on the development of their teams’ collective leadership and foster a team that regularly engages in authentic and courageous conversations. On the other hand, CEO’s can use their rank to support the entrenched but incompetent patterns of conversation in their executive team, that result in the difficult conversations being dodged.

In my experience, most CEO’s who do the second option remain vaguely unaware of this choice by pushing any awareness of their anxiety about particular topics to the periphery, and placing more central their concerns to “keep the meeting moving” and not get caught in “circular time wasting executive conversations”.

We need collective leadership to overcome this problem.

If you are thinking that executive collective leadership sounds challenging, then you are right! It is challenging, but not complicated. It simply requires that executive teams do work on examining their conversational patterns with honestly, vulnerability and bravery, since the effectiveness of their meetings, and the decisions they make, depends upon it.

If Executive meetings become a site of stifled tension and associated unconscious avoidance, then it’s not hard to see how the whole organisation will suffer. Communication between departments falters, siloes strengthen, and the organisation fails to become the highly networked team of teams that is necessary to thrive in this complex environment.

It is either a structural problem, where executives are talking at cross purposes because they are answering the questions in their head instead of pre-planned questions that provide a sharp shared focus for the group, and lead naturally to final critical decisional question they are there to address.

Or, it’s a social problem, which is more complex. Here, power issues in the group work to make topics that are associated with a vague, or explicit threat, out of reach. Deepening collective leadership in the form of practicing courageous conversations is antidote.

What is your experience of your meetings? I’ll be writing more about how to address these two main problems. Is there anything in particular you would like to hear about? I’d love to hear your thoughts in the comments below!