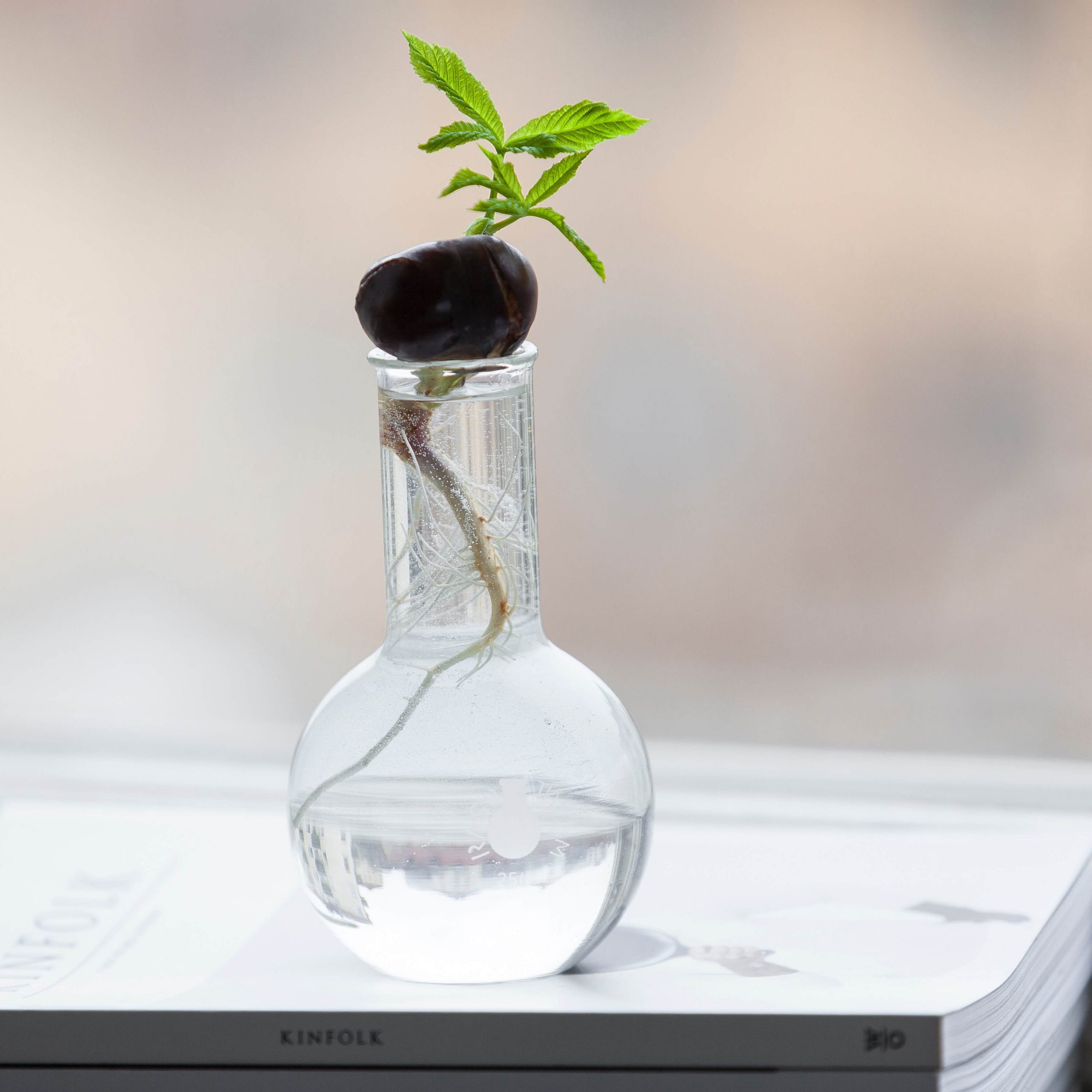 Team Meetings: 3 Steps for Your Team to Thrive, Not Survive

Awkward team meetings… Are they killing your team’s ability to solve problems?

As a manager, have you ever wondered the cost of your team meetings having regular awkward moments, and a resultant poor atmosphere?

And who decides if it’s a poor atmosphere anyway?

Is it possible that one person might experience the meeting as satisfactory, while another experiences it as a frustrating waste of time?

In fact, that is unlikely.

Meeting atmosphere is felt throughout the room to varying degrees because emotions are literally contagious.

Studies have shown that the person with the strongest feeling is very likely to be creating that same emotion in others around them. Without even saying as word.

And if that feeling is negative, it will spread, and a poor atmosphere is the result.

The atmosphere in your team meetings really does matter

So, why exactly does meeting atmosphere matter?

Because when the predominate feelings in a team meeting are of a negative nature, like frustration, irritation, anxiety, embarrassment or even exasperation, the end result is that your meeting becomes an experience that your team members are surviving.

Your team’s primary concern (either consciously or unconsciously) becomes trying to get through the meeting without getting overly exposed, bruised by others, or too stirred up by painful feelings.

While they might be discussing this issue or that issue, at the same time they are working hard to minimise or avoid the uncomfortable or painful feelings that get triggered by those discussions. .

As a result, a good deal of their energy is consumed with surviving, and the part of the brain that becomes most active is the limbic system, the system responsible for our feelings and reactions when survival is the main concern.

And as you may know, the limbic system is a terrible problem solver and a lousy conversationalist.

Meeting dialogue becomes stilted and superficial, as potentially painful topics are avoided and navigated around. This skilful avoidance of topics is achieved by the group, without anyone discussing that it is happening!

In other words, topics become undiscussable, and the clever avoidance of those topics by the team is also undiscussable.

I show this in the diagram below. When the above dynamic becomes a repeatable tendency in your team meetings, those meetings will fail.

They will not be explorative,

they will not be boundary pressing,

they will not support innovation,

they will not challenge the status quo,

they will not surface limiting assumptions,

and they will not unearth the new approaches required for any sustainable business.

But in what kind of meetings do those characteristics get routinely demonstrated?

Meetings where safety and survival are no longer the main concern. In those meetings the prefrontal cortex part of the brain becomes the main driver, and that higher centre can be utilised to sort through the more complex matters related to sustaining, building or transforming the business.

Your team members are no longer surviving, they are thriving.

Authentic conversations become the norm, and new possibilities emerge for the team and business. In other words, your team meetings can become explorative and challenging exchanges between professionals who are busy creating an exciting future.

How awkward moments and a bad atmosphere are created by managers

Now, let’s look at how you might be creating a poor atmosphere, that erodes safety and effectiveness, without even knowing it.

Pulling together my own research, and that of Julie Diamond, Robert Kegan and Bob Anderson, I have described below three main ways that managers tend to create a lack of safety for others and inadvertently sabotage the explorative problem solving conversations they seek.

They have become more focussed on not losing than realising a vision, and while in that mode, meeting atmosphere erodes.

These behaviours are examples of how managers react when they themselves are in survival mode.

Here is an example of what I mean by an undisciplined expression of frustration;

“I don’t believe it! Are you telling me the project team is not ready yet to deliver its recommendations?”

The whole team froze for a few moments as the GM delivered this outburst. Nobody knew exactly what to say.

Some were a little nervous, most felt awkward, and some felt frustrated that the GM was somehow allowed to get away with having another tantrum in the meeting. They knew that nobody else in the room could do that, because if they did, it could be career ending.

Safety drops, team members withhold, undiscussables build and the team is no longer firing on all cylinders.

Here is an example of what I mean by letting your power person go unopposed;

“Clearly, the marketing department have an issue with actually following simple instructions and as a result, their IT systems are failing”.

Once again, the longest serving member of your team has served up to the group their time honoured wisdom and is laying things out as they really are.

A few people in the team nod in agreement, and this time it’s the manager who might feel most awkward. Not so much because they disagree with him, but because they know there is another side to the issue, and their IT team do need to hear it.

But taking on your “power person” is no easy feat, and it risks an all out confrontation…

End result from this kind of interaction?

A team who sees a power struggle being played out, but are unlikely to discuss it openly. The awkwardness has led to the team becoming passive onlookers, and far less effective.

3.  Becoming detached, distant or aloof to the experience of your team members.

Here is an example of what I mean by becoming detached, distant or aloof;

The GM nods to the discussion his team is having while he glances at his laptop. He notices he just received an email from his boss. He clicks on it and reads about a request his boss is making to meet with him to discuss an urgent problem.

He gets lost in thought for a moment, not noticing that the meeting has become unusually quiet.

While he has got momentarily distracted, the team has been discussing their concerns about “burnout” in their direct reports.

The team has become a little despondent and unsure how to help their reports.

The GM nods, then suggests we move to the next agenda item. He is worried they won’t get through their agenda for the day, and this conversation doesn’t look like it’s going anywhere.

In this case the GM is, because of his own worries or fears, failing to notice that his team is very concerned about an issue, and simply moves the meeting on. The GM is not touched by their concerns, since he has bigger fish to fry.

The issue that is worrying his team isn’t really bothering him that much, and he is not feeling pressured by it. He is simply not compelled to pay attention, because his seniority is buffering him from those concerns.

So he then used his rank as the GM to move the meeting along.

A team disconnected from their GM, and an awkwardness that is very difficult for the team to discuss.

Pulling it all together through the power lens

In each of the above three cases, it’s what happens after the GM’s behaviour that really matters.

This can all be viewed through the illuminating lens of power.

In each of the three examples described above, the manager is unconsciously utilising the power that their rank gives them, to engage in a behaviour that temporarily makes them feel a little better!

They are drawing on their higher rank to indulge their own lack of emotional management, and behave in ways that help them avoid or minimise painful feelings.

It’s this undiscussed nature of the manager’s behaviour, and the lack of acknowledgement that the manager is behaving badly that is most irritating for others.

Angst is created by having a manager who themselves is in their survival brain, and who is using their rank to behave in ways the remainder of the team can’t do so easily. Ways that help them minimise or avoid their own painful feelings.

The three examples are the main ways that managers create repeated awkwardness, and a poor atmosphere in their team meetings, and in doing so, take the meeting to survival mode for team members.

As I have mentioned earlier, a team meeting that has survival emotions as the main experience is simply unable to deliver creative problem solving of any kind.

What can a team leader do about this?

So, here’s what to do. Below are three steps a manager can take to lift their meeting to a new level of effectiveness.

1.  Find out how your team REALLY experiences your meetings.

Here are the questions:

2.  Discuss the feedback with your team, by showing them the average score for each question.

Ask them the following questions:

3.  Develop your own awareness of when you might be feeling a limiting emotion in your meetings.

Practice noticing when these experiences happen to you in your meeting, so that they don’t pass you by unnoticed.

If you don’t notice them, you probably won’t notice when you behave in a way that is unconsciously aimed at reducing those feelings. Those behaviours will almost certainly be sabotaging to your meeting and the team.

Repeated awkwardness in your team meetings really contributes to overall meeting effectiveness! When this happens, survival becomes the main game and authentic, creative problem solving is made impossible. Team effectiveness is dramatically eroded.

What questions do you have in relation to how to create a more positive buzz in your team?