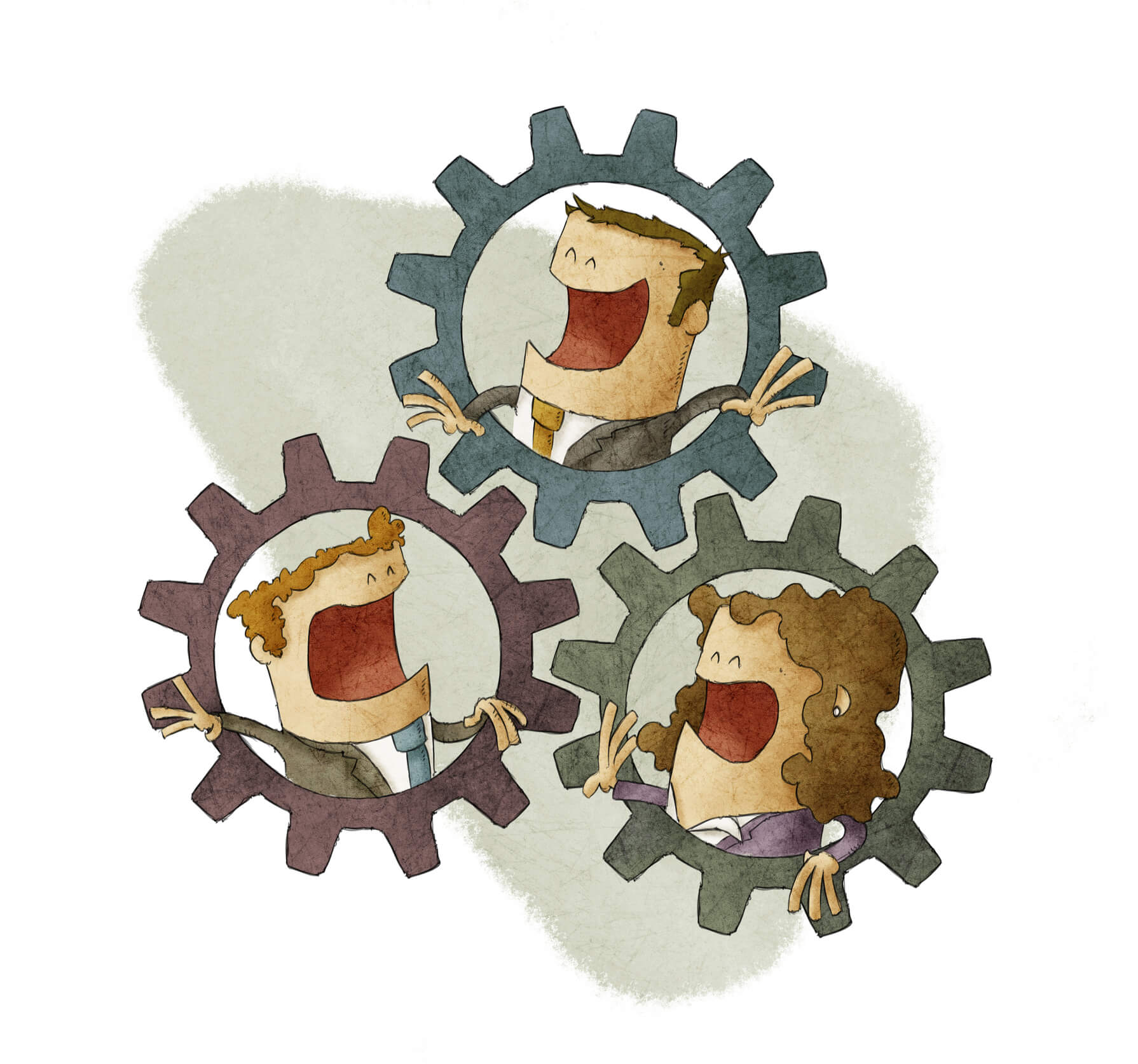 Just the other day, a CEO asked me “what do you recommend I do to ensure my executive team is the best it can be?”

What a great question. There may be nothing more important a CEO does than somehow create a highly performing senior team that buzzes with idea, challenge and support between them.

Not only that, authors Wageman, Nunes, Burruss and Hackman (2008) found that Executive teams who operated as REAL TEAMS, that is, they actually made decisions together on key organisational issues, led to far more successful organisations.

But that same research showed a generally appalling level of teamwork at the highest level of organisations. For instance, less than 7% of the 120 top teams examined were in agreement on the number of people who were actually in the team. That’s right, they didn’t agree on who was in, and who was out.

So, what should a CEO, or anybody leading a team of busy professionals do, whose work could benefit from connecting better with those others in the team?

Here are the three initiatives which a leader must have in place to realise the power of their team:

Meet about every 8 weeks for about 2.5hrs to check in with each other, talk more deeply about your experience of work, including working with each other, and reflect on how you might grow your capacity to lead together. And while doing that, notice which organisation issues emerge as important to address.

I’ve recently been facilitating an Executive team through this very process. We have noticed the following things happen:

First, this time prevented the build-up of tensions between the team members as small incidents get dealt with.

Second, these meetings acted as a pressure relief valve. The other meetings are almost exclusively transactional meetings addressing pressing project and ongoing work, whereas these meetings took on a radically different pace.

Third, this non-transactional team time has become the only genuine regular collective forum for the team to genuinely address how to get better at what they do, not just keep doing what they do. In this way, the team has seen its own growth as they have applied new insights from one meeting to the next. As a side effect to the focus on growth on development, the team has become energised and refreshed.

Initiative 2: Get a team purpose

Without a clear, challenging and consequential team purpose, most teams become “update teams” that come together primarily to tell each other what they are doing, and be told various things by the boss.

Especially for Executive teams, these teams, and the meetings they have, become a chore. And perhaps worst, a distraction from the work that seems to really matter. The team members mostly just “endure” their time together since the value add of that time seems tenuous.

A team purpose that lists a small number of priorities for the team will then inform what the team does when it meets. It will identify which issues are in the sweet spot for the team to address, and which should be left for individuals, or sub groups of the executive.

The relevant issues are then matters the team can actually problem solve and make collective decisions about. This means that their meetings becomes sites for real work, not just sharing updates.

Initiative 3: Get a measure of the teams’ leadership

All the work a senior team does ought to have a context. What is that context? To build our leadership while we do it.

After all, isn’t that one of the most powerful context setters we can give our work? The context of growing as people while we do what we do. Creating this context meets one of our deepest and important needs. Growth.

I recommend The Leadership Circle, and especially the Leadership Culture Survey as a means of giving your senior team a read of the leadership they are providing as a collective. It is the most eye opening, insight generating report a team can get on how they are being experienced as a team.

Getting that data once a year gives context to their efforts to get better as a team.

What about you? What initiatives are you currently implementing to boost your senior team, and what results are you seeing? Let us know in the comments!