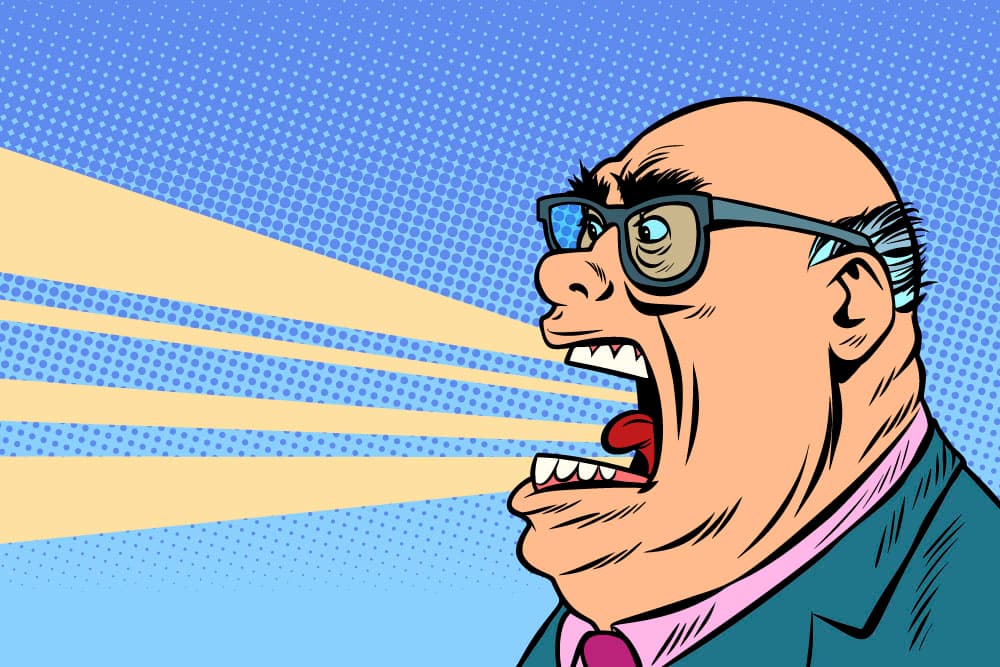 What does it actually look like when a boss behaves badly?

Some great research on incivility gives us a very clear picture of what behaviours are bad in a team or workplace. They include: giving bad news via email (and thereby avoiding an awkward face-to-face); excluding some people from sessions without explanation; loss of  temper; routinely checking and attending to emails and texts in meetings; leaving snippy voice mails; and lots more. It so happens that the vast majority of acts of incivility are carried out by the more senior, towards those who are more junior. That’s right, by bosses.

But why do they do it?

The answer is not because of certain psychological traits, and it’s not because of particular contexts that a boss may find himself or herself in. It’s the effect of the ROLE itself. Just finding yourself the boss, and experiencing the power that the boss’s ROLE brings, is enough to cause us to act with less empathy, more impulsiveness, and more frequent acts of incivility. Experiencing the power that a boss’s role brings has an array of cognitive and emotional effects on us; and, unchecked, those effects make us generally less pleasant. In fact, they can make us scary or even dangerous.

The good news is that we DO have some choice.

If we are aware of the effects that more powerful roles can have upon us, we can outsmart those very effects. We do not need to be taken ransom by the effects of power on us, but rather we can overcome those effects. It just takes a genuine and persistent intent. If we deepen our awareness about the triggers that might cause us to behave badly, and practice an orientation toward others and their needs, we can become the leaders we dream to be.